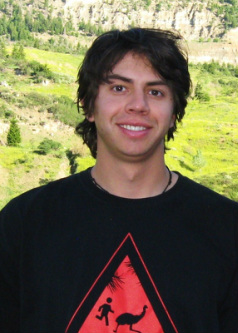 Todd Green is a skeletal preparator, designer, and owner of Osteosaur.  He has assembled skeletons for Colorado State University, StoneCo’s Hatching the Past: Dinosaur Eggs and Babies Exhibit, and Lucky Three Ranch.  Todd has also produced illustrations for everything from scientific manuscripts to t-shirts.

Todd is a Colorado native, and received his M.S. in Zoology from Colorado State University in 2012.  His primary research pertains to the anatomy, physiology, and ontogeny of paleognathous birds (tinamous, rheas, ostriches, cassowaries, and emus).  Todd also has an avid interest in paleontology, and has been a member of the Western Interior Paleontological Society from the age of nine.  Today, Todd teaches classes at the Denver Museum of Nature and Science, assists with specimen preparation for Yellowstone National Park, and explores various forms of artwork in his spare time. Currently, Todd is enrolled in a doctoral program at Oklahoma State University - Center for Health Sciences. where he will study Anatomy and Vertebrate Paleontology. 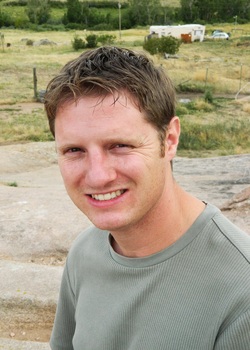 Tim Carlton is the craftsman responsible for the beautiful woodwork designed for Osteosaur.  Tim’s garage was the birthplace of the Osteosaur company, and since then has seen its fair share of sawdust.  His background in carpentry has allowed him to adapt to the challenges in mounting osteological specimens.  Tim’s innovation and enthusiasm have led to new designs in transporting and displaying skeletons.  Tim's new company, Osteo Woodworks, makes everything from skeleton display stands to gorgeous indoor furniture.

He is a Colorado transplant, originally from the great state of Texas.  Tim received his degree in Construction Management from Colorado State University in 2002, and is currently the general manager of a home inspection company in Fort Collins, Colorado.  In his spare time Tim enjoys hiking, playing hockey, and grilling food for friends. 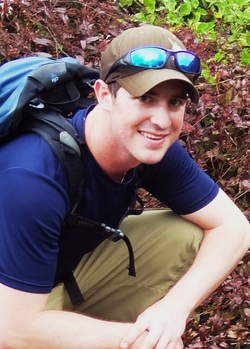 Nick Mahler provides assistance wherever needed with Osteosaur.  Nick is a Coloradan that experiments in nature photography, pencil drawing, and acrylic painting (available through Osteosaur).  He received his M.S. in Civil Engineering in 2010 from Colorado State University (CSU).  While attending CSU, Nick was one of the original officers of the CSU Zoology Club alongside Osteosaur colleagues Todd Green and Jennifer Campbell-Smith.

Nick is currently an Environmental Consultant, for which he has traveled throughout the United States and the Amazon Rainforest in South America.  With his lifelong friend, Todd Green, Nick has been involved in many unique endeavors including: an emu growth study (conducted by Todd), paleontological digs, and quite a few trips to Yellowstone National Park and Great Sand Dunes National Park (in all seasons and weather). 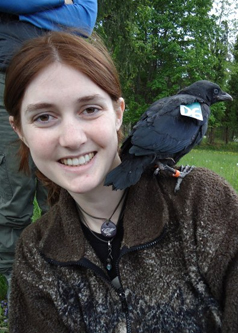 Jennifer Campbell-Smith is a skeletal preparator, artist, and designer for Osteosaur.  She has been cleaning and preparing bones since 2004 for private collections, education, and scientific analysis.  Jennifer is currently working to repair, organize, and store Binghamton University's specimen collection.  Jenn has used her illustration and design skills for education, non-profits, research groups, and professional scientific presentations.

Jenn is a Colorado native, receiving her B. S. in Zoology from Colorado State University.  She has had a long-time interest in skulls and bones, and has continued learning and increasing her skills in preservation through personal study and formal instruction.   Today she is living in upstate New York, finishing the final year of her Ph.D., studying how American crows learn new behaviors and transmit them socially.  She is obsessed with feathered dinosaurs (both ancient and current), but flails hopelessly over any animal life.  In her spare time she illustrates and sculpts, cleans bones, prepares avian study skins for the Cornell Museum of Vertebrates, and flies her red-tailed hawk.